Share with your friends
Submit
Sonoma County has phenomenal food, rustic wineries, and some of the most beautiful natural bounty on the West Coast. And while eating, wine tasting, and relaxing poolside are great, a big part of the fun is just traveling around and taking in the enchanting scenery. Here are some of the must-stop locales throughout the county. 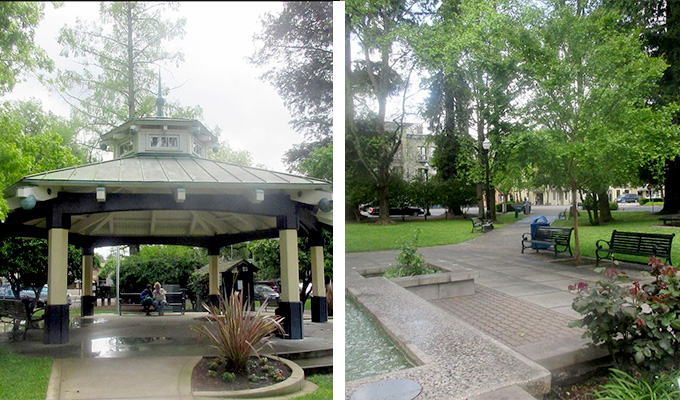 
Another town square worth a stop in Sonoma County, the chic Healdsburg Plaza bustles with fun. The plaza is completely surrounded by boutiques and world-class restaurants, so just pick a direction, and start walking. Expect plenty of locals and tourists: both love noshing on the ice cream and pies served at the Noble Folk Ice Cream & Pie Bar. 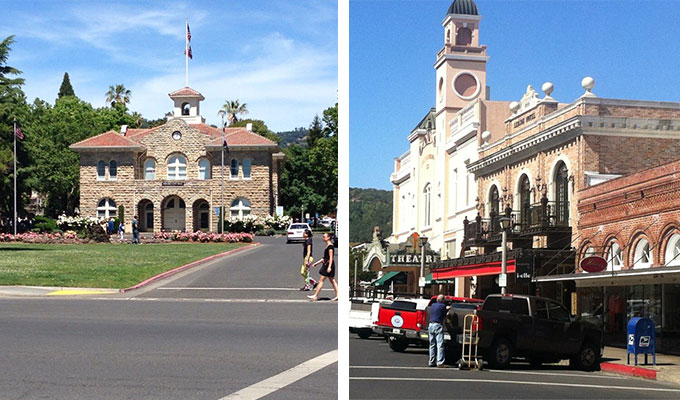 
Sonoma isn’t just the birthplace of California Wine Country; Historically, it’s the birthplace of California—or at least the home of the short-lived independent nation of California. In 1846, a group of settlers revolted against the Mexican government, which laid claim to the area at the time, and declared the area around downtown Sonoma a sovereign state, for a few weeks, following the Bear Flag Revolt. Sonoma Square is where this essential part of California history took place, and today, much of that history still surrounds the plaza, including the Mission and soldier barracks.

Insider tip: For more history to pair with great wine, stroll over to Buena Vista Winery, which holds the honor of being the longest-running winery in Sonoma County.

Hwy. 12, through Valley of the Moon 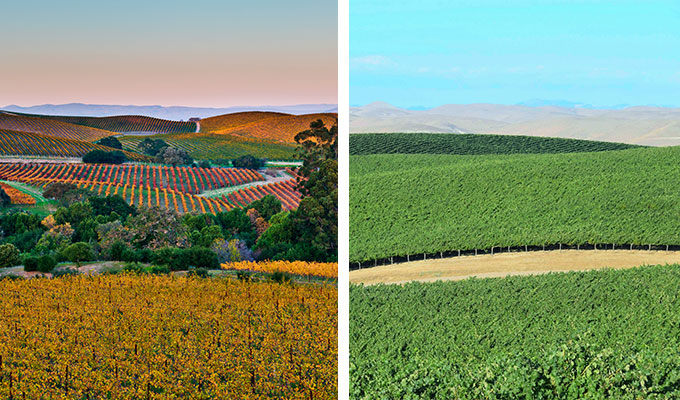 Overall, driving through Sonoma County is a one-of-a-kind experience – many automakers film commercials in the region. The Valley of the Moon drive, through Sonoma Valley, is the quintessential Wine Country road, and is dotted with great wineries that are enveloped in the gorgeous scenery of valleys, vineyards, and hills.

Insider tip: Stop by the St. Francis Winery & Vineyards for a few tastings. The views from atop the winery’s towers are even grander than from the road. 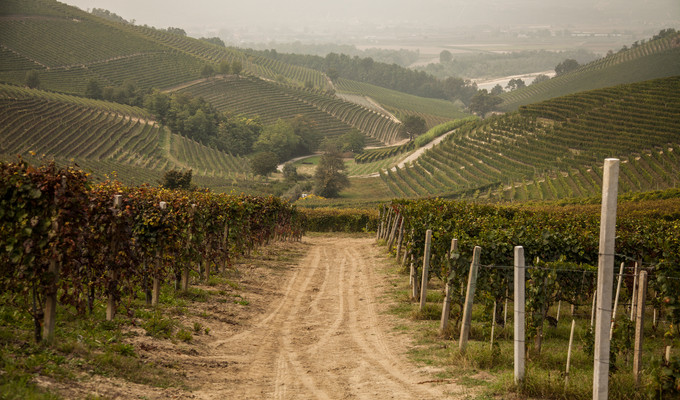 
This wine region is a bit of a Sonoma County secret for locals, and should be on the list of any visiting wine aficionado. This American Viticultural Area, one of the smallest in the state, doesn’t contain any of the large tourist wineries like in some areas of the county or neighboring Napa Valley, yet it’s full of humble establishments that consistently produce world-class wine – especially Pinot Noir.

Insider tip: Set aside some time to stop by Iron Horse Vineyards, which consistently produces top-ranked wines. Their sparkling wines, for example, have been served in the White House for decades. 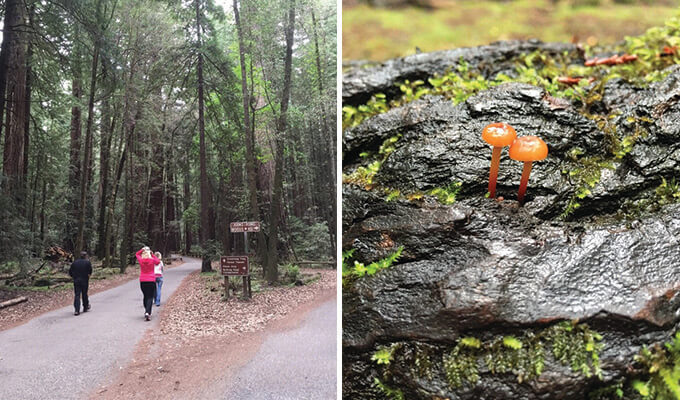 
When in northern California, be sure to spend some time with the area’s biggest treasures: the coastal redwoods. Armstrong Redwoods State Nature Reserve is an easily accessible, inspiring redwood forest preserve with thousands of the enormous trees, the tallest living things on earth. These forests used to cover the area all the way down to Big Sur, but now only a few patches remain after decades of logging.

Insider tip: Stop by the town of Guerneville to grab a picnic lunch for the woods. A great taco truck, called Taqueria La Tapatia, can be found in the Safeway parking lot on Main Street. 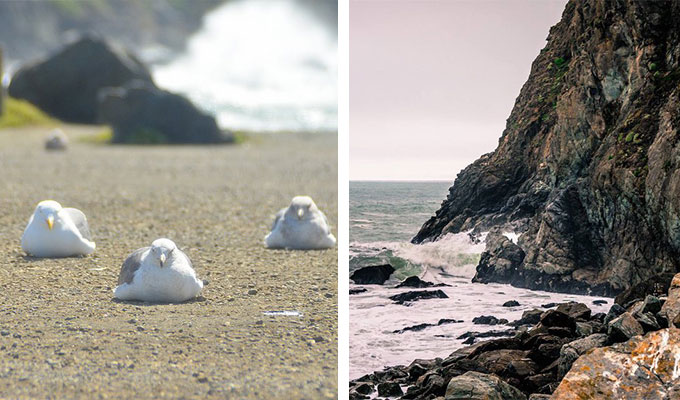 
Sonoma County is blessed with beaches along the Pacific Coast, but Goat Rock Beach is one of the most dramatic and inspirational. Though not safe for swimming, the beach is perfect for an afternoon stroll. Most days, expect to see some rowdy sea lions.

Insider tip: This beach is close to where the Russian River empties out into the Pacific. If swimming is really high on your list, stop by the river side of the beach. 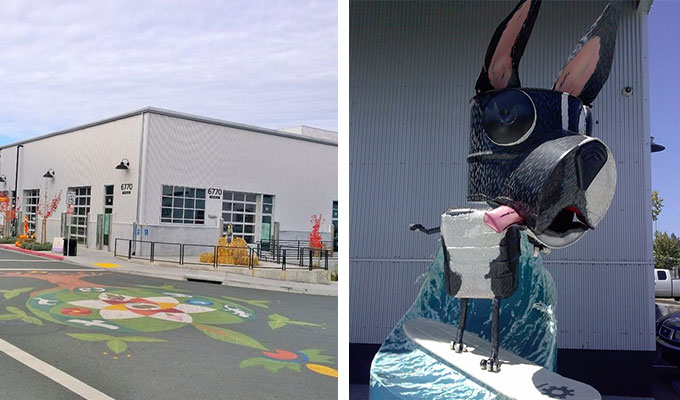 
This Sonoma County city is where northern California counterculture has started to gather, far north of San Francisco. Enjoy some vegan options, tie-dye, and live music at the HopMonk Tavern. The 1960s never died: they just journeyed into the redwoods. A year-round farmers market takes place in the charming downtown area, where you can take a big bite of California’s best organic produce.

Insider tip: If you want to add something a bit more funky to your home décor, check out the art galleries and street vendors on Florence Street.

Sonoma County’s balance of environmental awareness and social consciousness is presented in folks who insist on eating well, on drinking fine wine, and enjoying the very best of what this region of California has to offer.