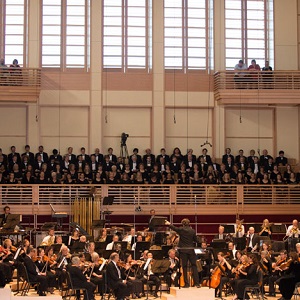 Tracy Silverman plays a six-string electric violin, an instrument he pioneered, for The Dharma at Big Sur, a concerto composed for him by Pulitzer winner John Adams. The New York Times described Silverman’s premiere performance as “fleet agility and tangy expressivity with wailing hints of Jimi Hendrix.” Wagner revolutionized harmony in his romantic Tristan and Isolde. Vocalist and chorus join in for Alexander Nevsky, the Russian film score, for a monumental tale of battles, invasion, liberation, and triumph.