A Guide to the Best Beaches Along the Sonoma Coast

When it comes to the beaches along the Sonoma Coast, the first thing you’ll need to do is forget everything that comes to mind when you think of all the California beach clichés. You’re not going to find girls in bikinis, tanned and toned lifeguards, beach volleyball competitions, or anything else from a Beach Boys song along the shore between the mouth of the Russian River and Bodega Bay (though you may find sun… if you’re lucky!).

What you will find are secluded coves, steep sand dunes, dramatic cliffs, gorgeous hikes, powerful waves, abundant wildlife, and a newfound appreciation for this rugged stretch of coastline that so many drive along, but seldom stop to enjoy. There are dozens of beaches along this remote stretch of Highway 1; here are seven of our favorites, listed from north to south. 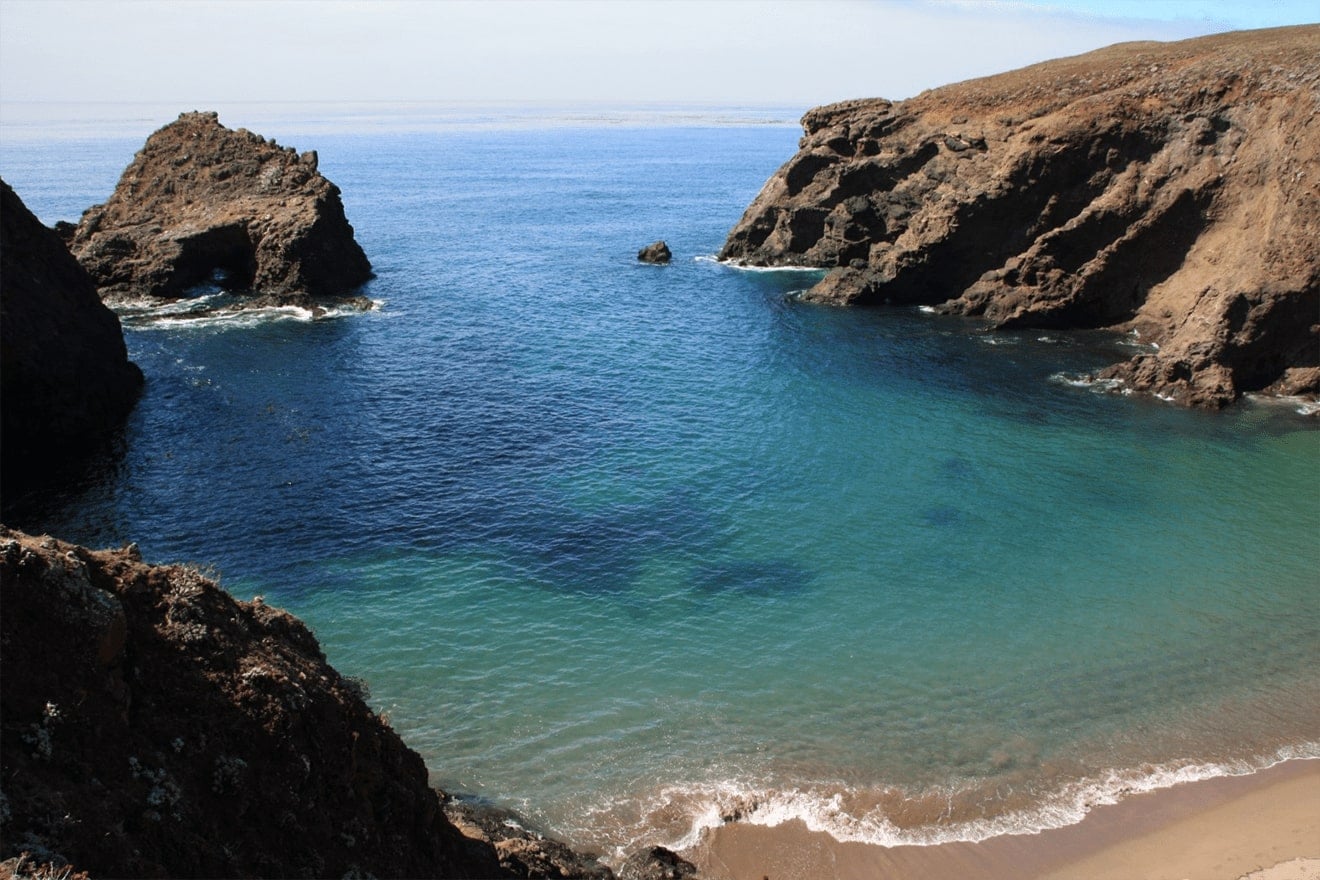 This white sandy beach is at the northernmost point of the Sonoma County coast where the Gualala River enters the Pacific Ocean, and is known for being covered in driftwood and its rolling sand dunes that are blanketed with colorful wildflowers. It’s got something for everyone, which means it’s perfect for sunbathers (weather permitting), picnickers, and hikers. If you’re the latter, the Bluff Top Trail is a relatively easy walk and has stunning views. Go between January and May during whale migration season and you just may see some gray whales.

Insider tip: Head to Gualala Point Regional Park in the summer when a sandspit temporarily cuts off the Gualala River from the ocean, so you can safely frolick in the river’s mouth. 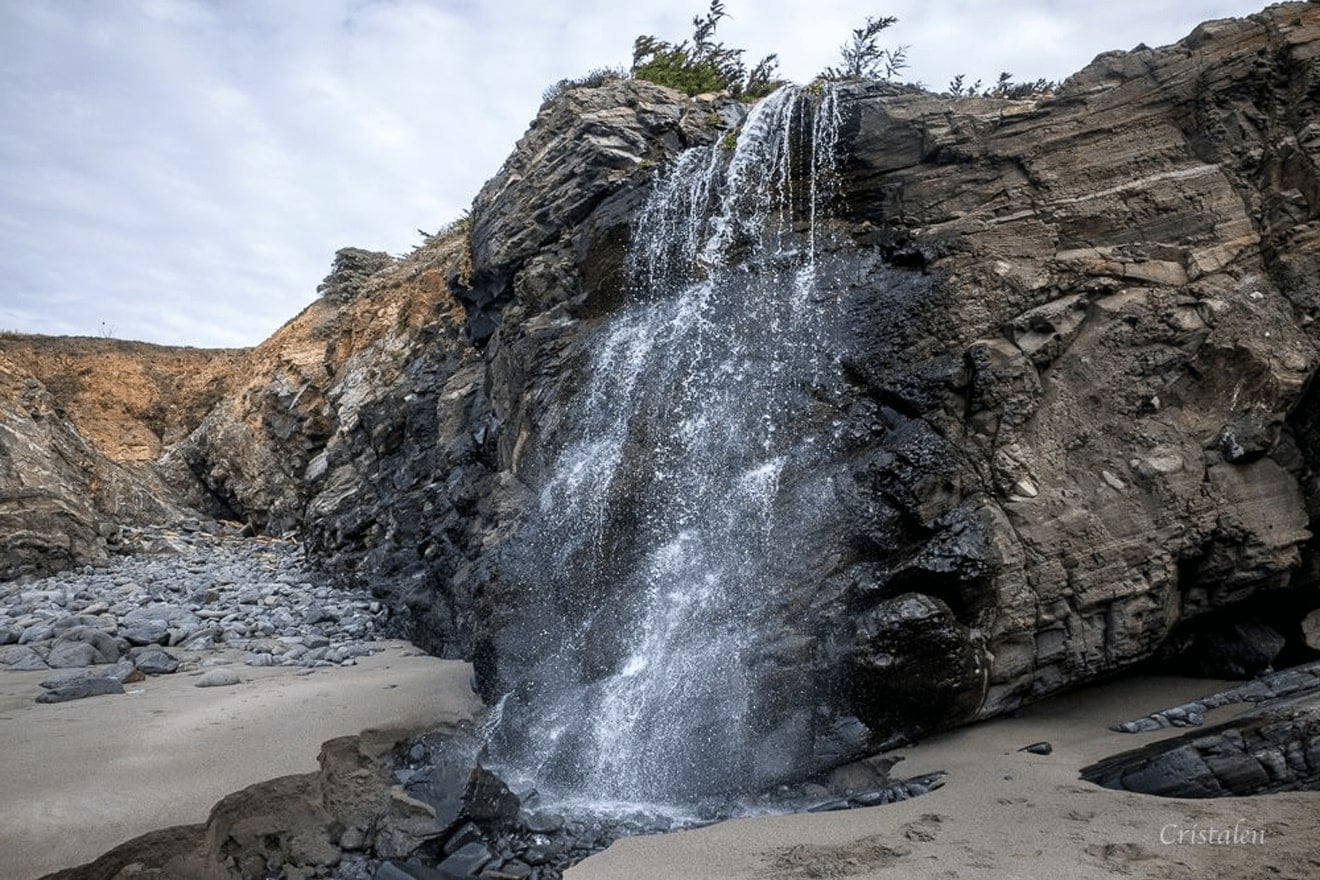 There are six public access trails to beaches in Sea Ranch, a private, unincorporated community at the northern end of the Sonoma County coast, and Stengel Beach has the largest parking area of all of them (with room for a whopping dozen cars), as well as the shortest, easiest hike to get to the beach. A short trail that is lined with cypress trees and a steep wooden staircase lead you to a small secluded cove with offshore rocks, noisy surf, and, hopefully, an overwhelming feeling of serenity.

Insider tip: During the winter after a big rain, there is often a beautiful waterfall that cascades from the bluffs directly onto the beach. 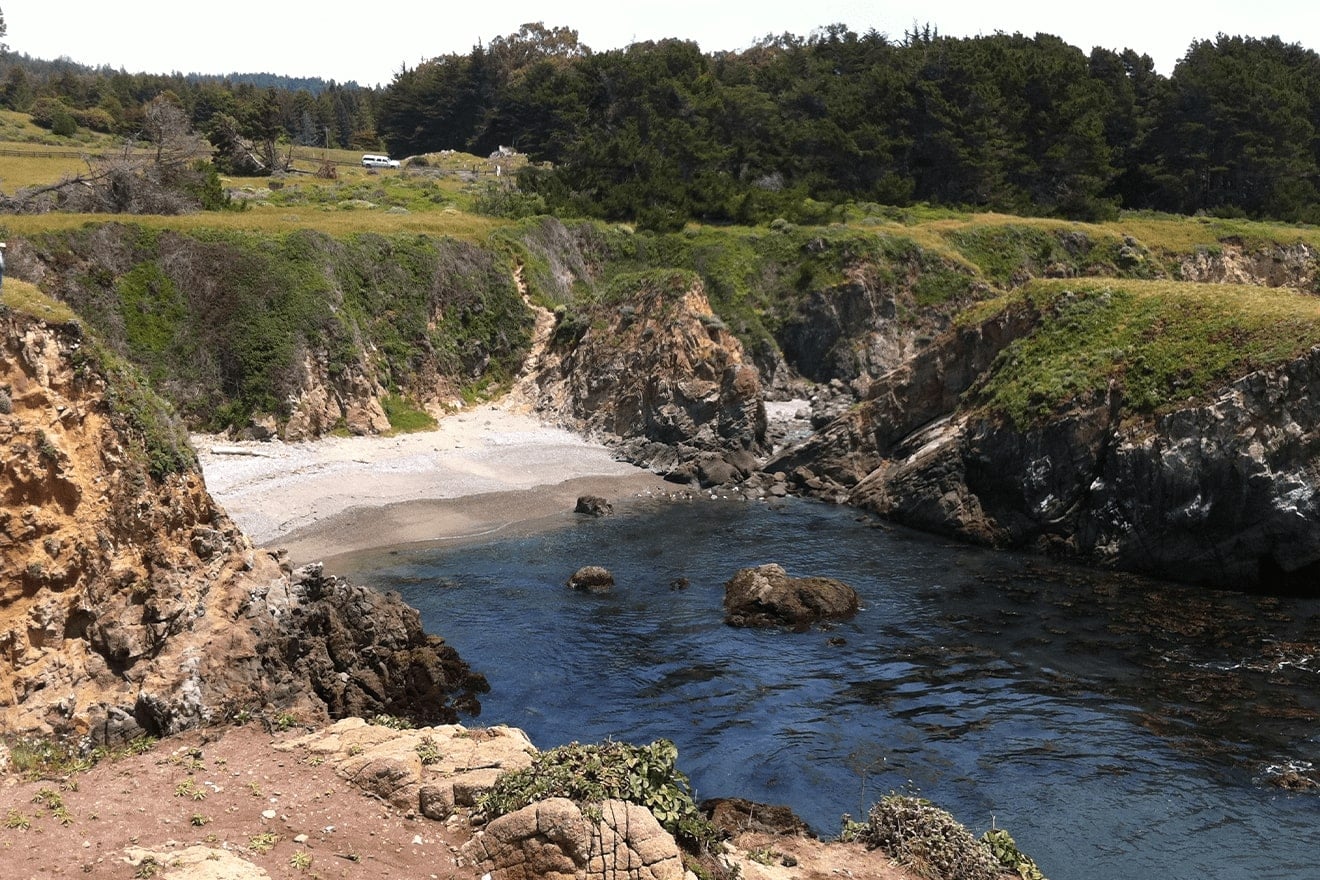 Parking: $7 or free for members
Hours: Sunrise to sunset
Dogs: Allowed on leash

Stillwater Cove Regional Park is the perfect destination for a day of hiking, kayaking, tidepooling, and, from April to November (when the California Fish and Game Commision permits), abalone diving. The actual beach is a small, but deep cove that is accessed by either a small parking lot right on Highway 1 or a larger main parking lot further up on the east side of the road. There are hiking trails along Stockhoff Creek, which flows into the ocean intermittently, as well as trails amongst a lush forest of young redwood trees.

Insider tip: Take a short hike along the Canyon Loop Trail to the historic one-room Old Fort Ross Schoolhouse that was constructed in 1885 and moved to this location in the 1970s for preservation. You can’t go inside, but it’s still worth checking out. 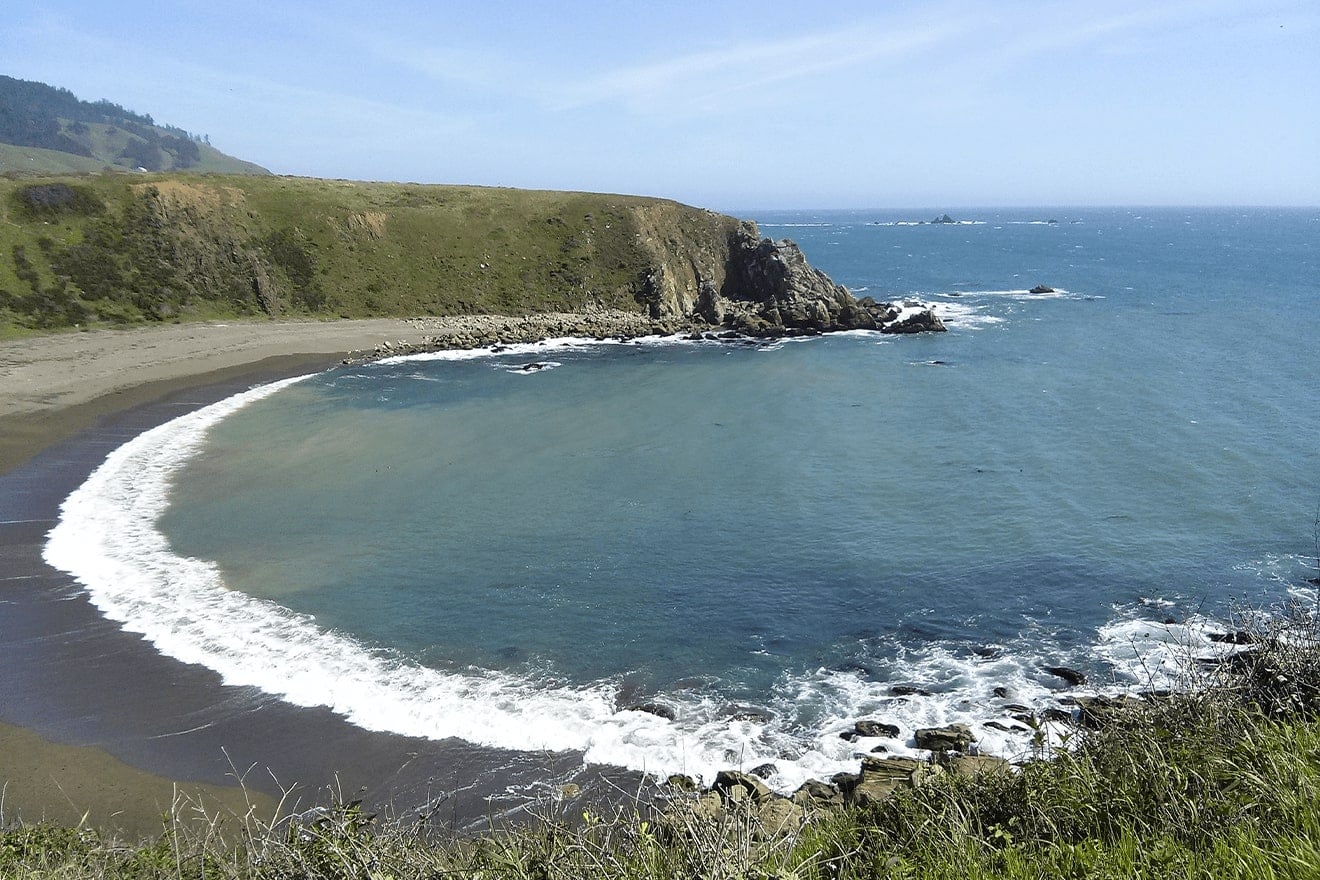 Inside of Fort Ross State Historic Park is a protected beach where the Russian-American Company transported goods to and from its principal port, Port Rumiantsev (Bodega Bay), in the early 1800s. Today, it’s a great place to explore the tide pools or enjoy the sunshine (or fog, as it may very well be foggy), and is also popular with divers who want to discover the remains of the S.S. Pomona, a ship that sank in 1908 and now sits just north of the cove.

Insider tip: The Fort Ross Visitor Center is a short walk from the beach and includes a museum and library that will help you get acclimated and figure out where else to explore in the park. 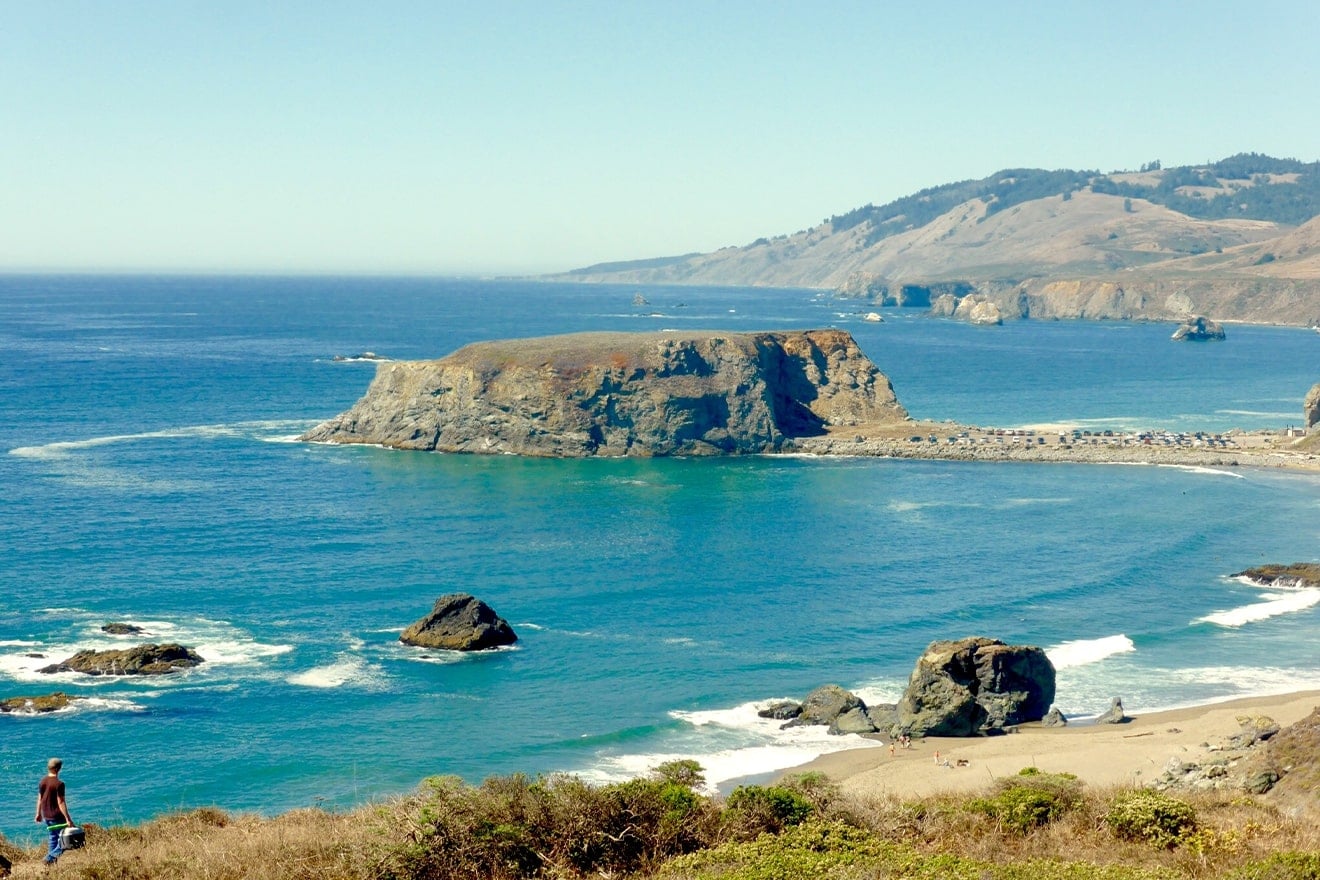 Parking: $8
Hours: Call the park
Dogs: No dogs allowed on the beach

This Jenner beach (inside of Sonoma Coast State Park and near the mouth of the Russian River) is popular with beachcombers, whale watchers, bird watchers, hikers, and “Goonies” fans who come to see where the final beach scene in the 1980s cult-classic was filmed. It’s also wide, easily accessible, and has picnic tables and BBQs, so it does tend to draw larger groups and families.

Insider tip: There is a local colony of seals that call Goat Rock home for part of the year, especially during pupping season (March – August). If you see them, stay at least 50 yards away, and don’t bring your dog to the beach at any time of year, as they are not allowed due to the protected status of the seals. (Dogs are allowed at Blind Beach, which is about a mile south.) 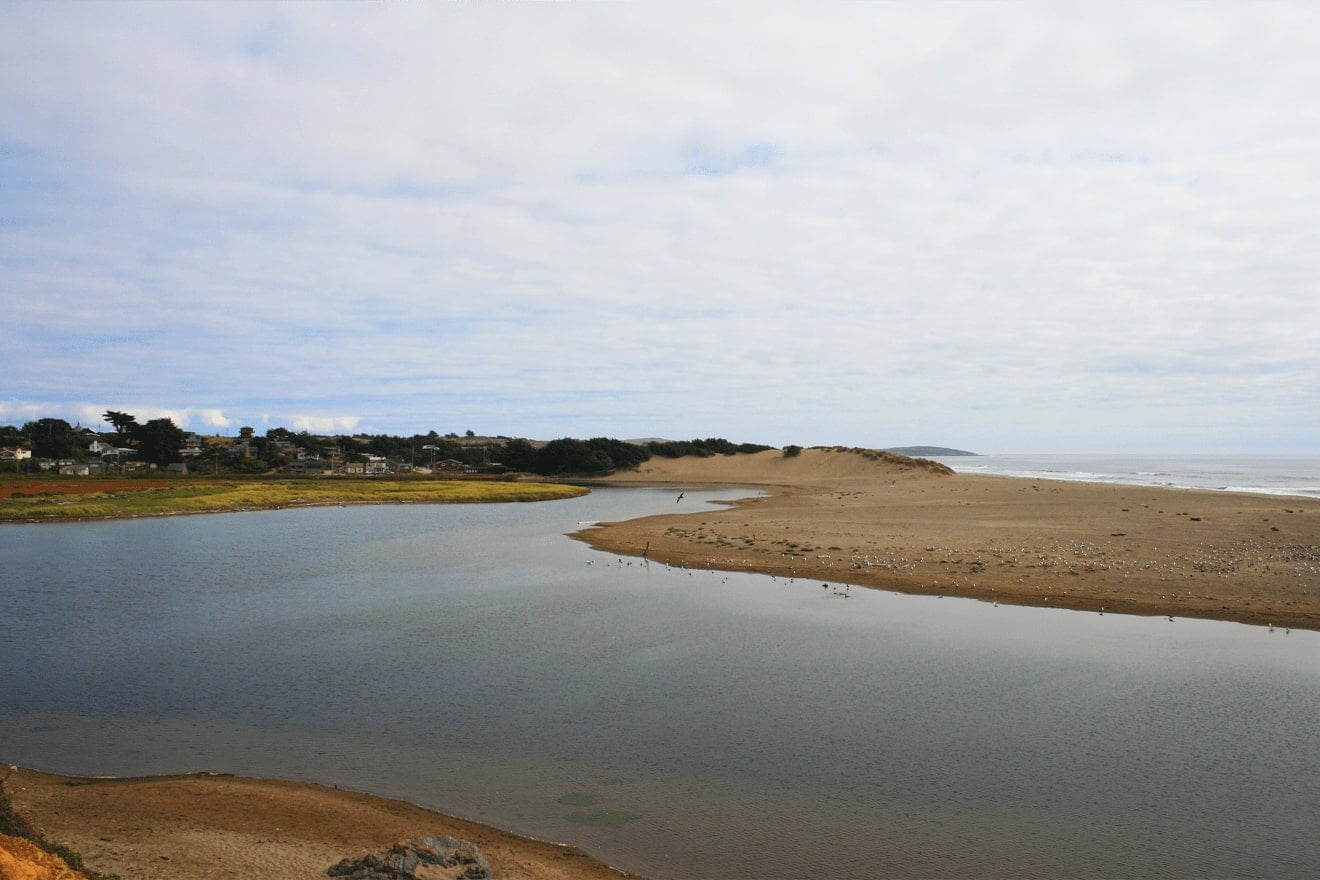 Parking: Free
Hours: Call the park
Dogs: No dogs allowed on the beach

The two miles of North and South Salmon Creek Beach, just north of Bodega Bay, draw people for a myriad of reasons. There are the waves north of the river mouth which are great for surfing (when the conditions are right, which they often are), the solitude ofBodega Dunes, the excellent beachcombing, and, during the summer when the sand closes the mouth of the river, a shallow lagoon, which provides a safe and warm(ish) place for families and children to wade in the water.

Insider tip: Keep an eye out for Western Snowy Plovers, which are listed under the Federal Endangered Species Act as a threatened species. 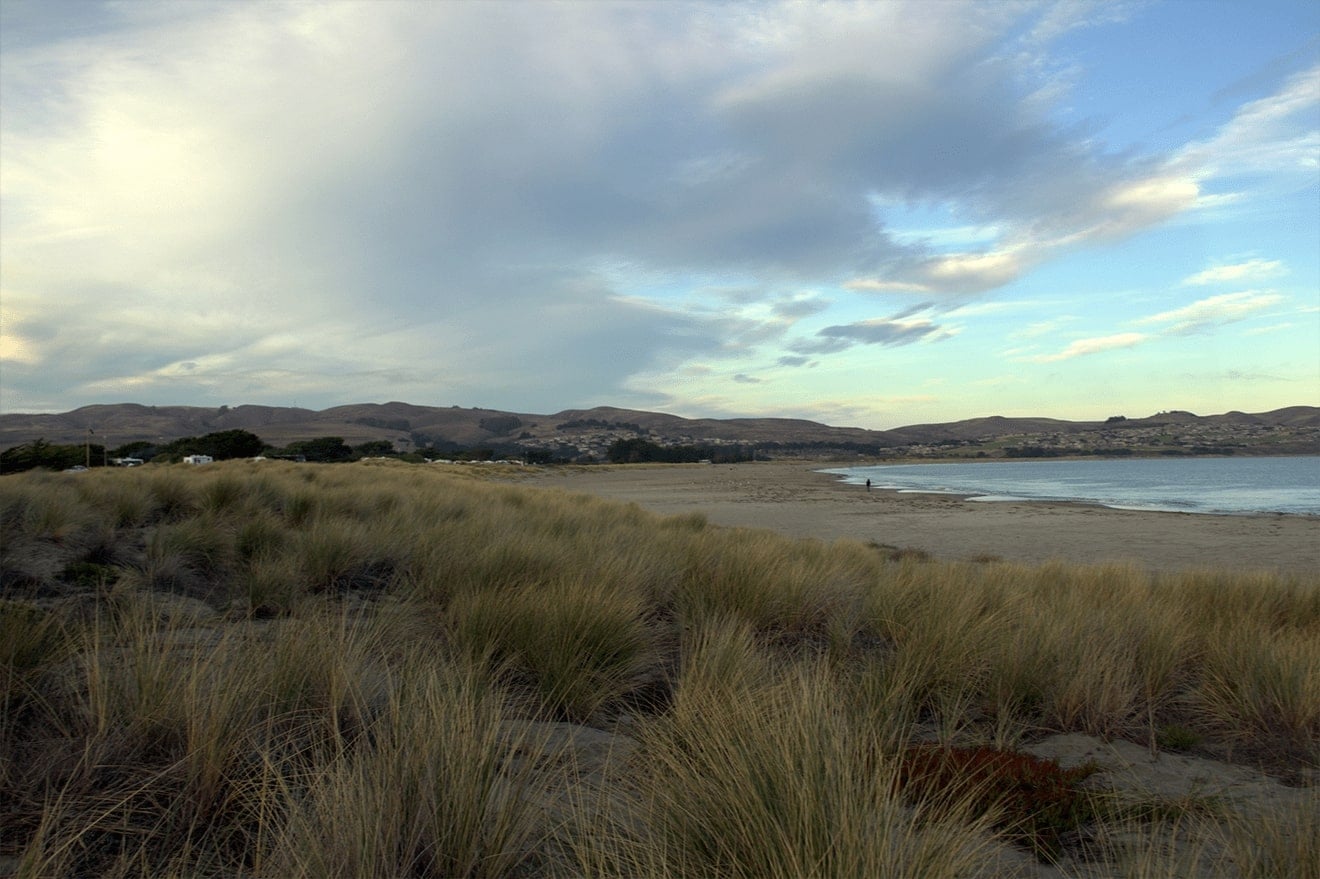 Parking: $7
Hours: 7 AM to sunset
Dogs: Allowed on leash

This sprawling Bodega Bay beach is perfect for family outings with the pup thanks to its calm, swimmer-friendly waters (it’s protected from the feisty Pacific Ocean), picnic and BBQ area, and boat launch that makes fishing, kayaking, and stand-up paddleboarding easily accessible.

– Explore the Coastal Retreat of Sea Ranch and Gualala –

Daisy Barringer is a freelance writer who grew up in San Francisco and now lives there with her 150-pound Saint Bernard, Monkey. When she’s not writing about food and drink, travel, and other ways to have the most fun, she’s out and about actually having the most fun (otherwise known as “research”). Follow her adventures on Instagram @daisysf.