On October 9, 2017, the Nuns Fire raged through Sonoma County‘s charming town of Glen Ellen and the Olea Hotel sat right in its path. Luckily, firefighters posted up on the property’s hillside, lit a backfire, and saved it from total destruction. When this devastating California wildfire was over, the boutique hotel needed major work — its landscaping was torched, the rooms were uninhabitable, and both of the garden cottages had burned to the ground — but it was still standing.

“We’re fortunate they were able to light the backfire and save this portion of the property. Our neighbors were completely destroyed,” said Ashish Patel, who owns Olea Hotel with his wife, Sia Patel. 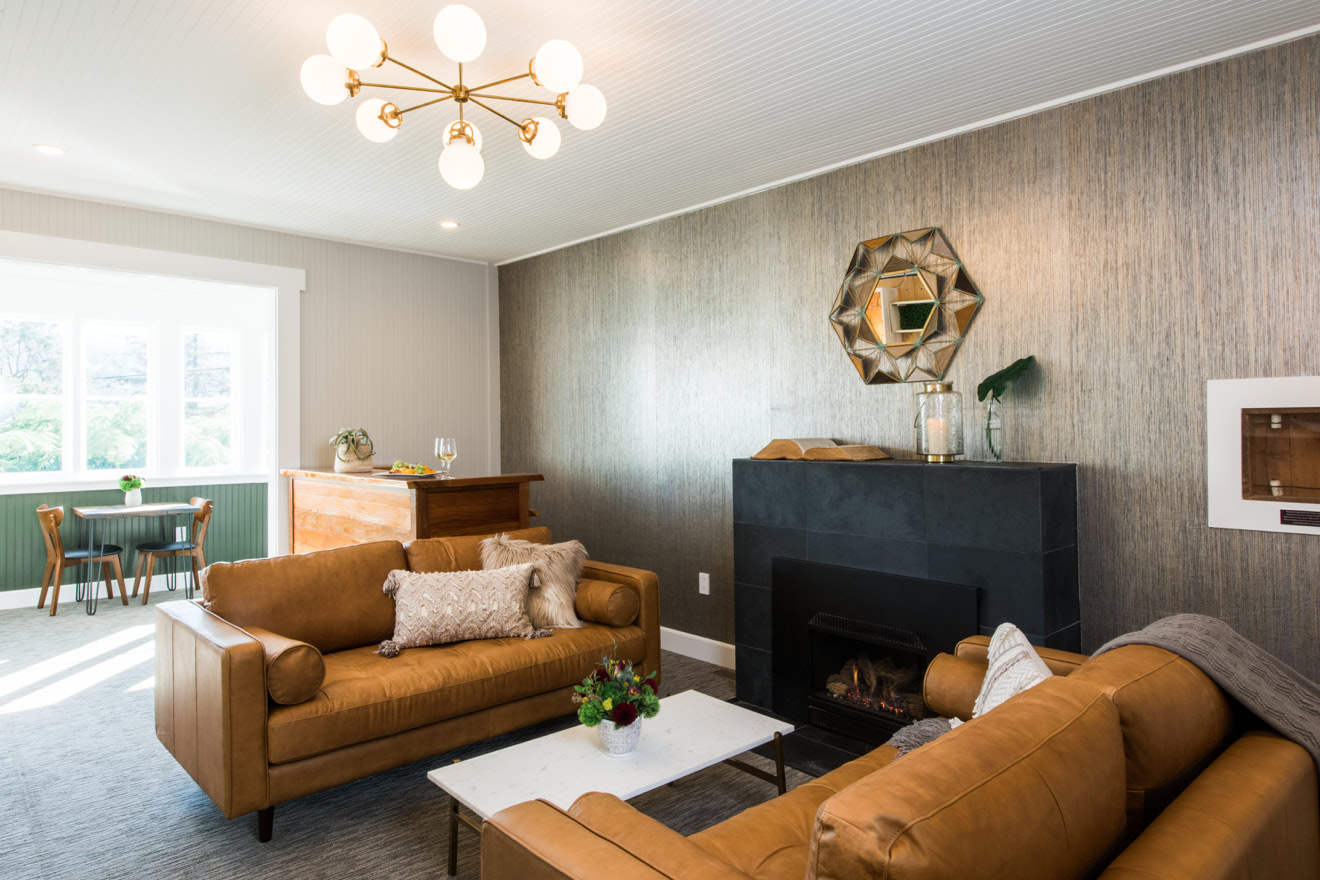 Eleven months and a lot of hard work later, they reopened the adults-only Sonoma Wine Country hotel with updated rooms and a new lobby, plus a brand new pool. This July, they’re unveiling the new Olea cottages, which are bigger and sleeker than they were before. “It was probably one of the hardest things we’ve ever done, but the property is better for it,” said Patel. “The rooms are much nicer and the people are enjoying it.”

Here’s everything you need to know about the Olea Hotel 2.0. Warning: Reading this may result in a desire to book a stay at this luxury Glen Ellen escape immediately. 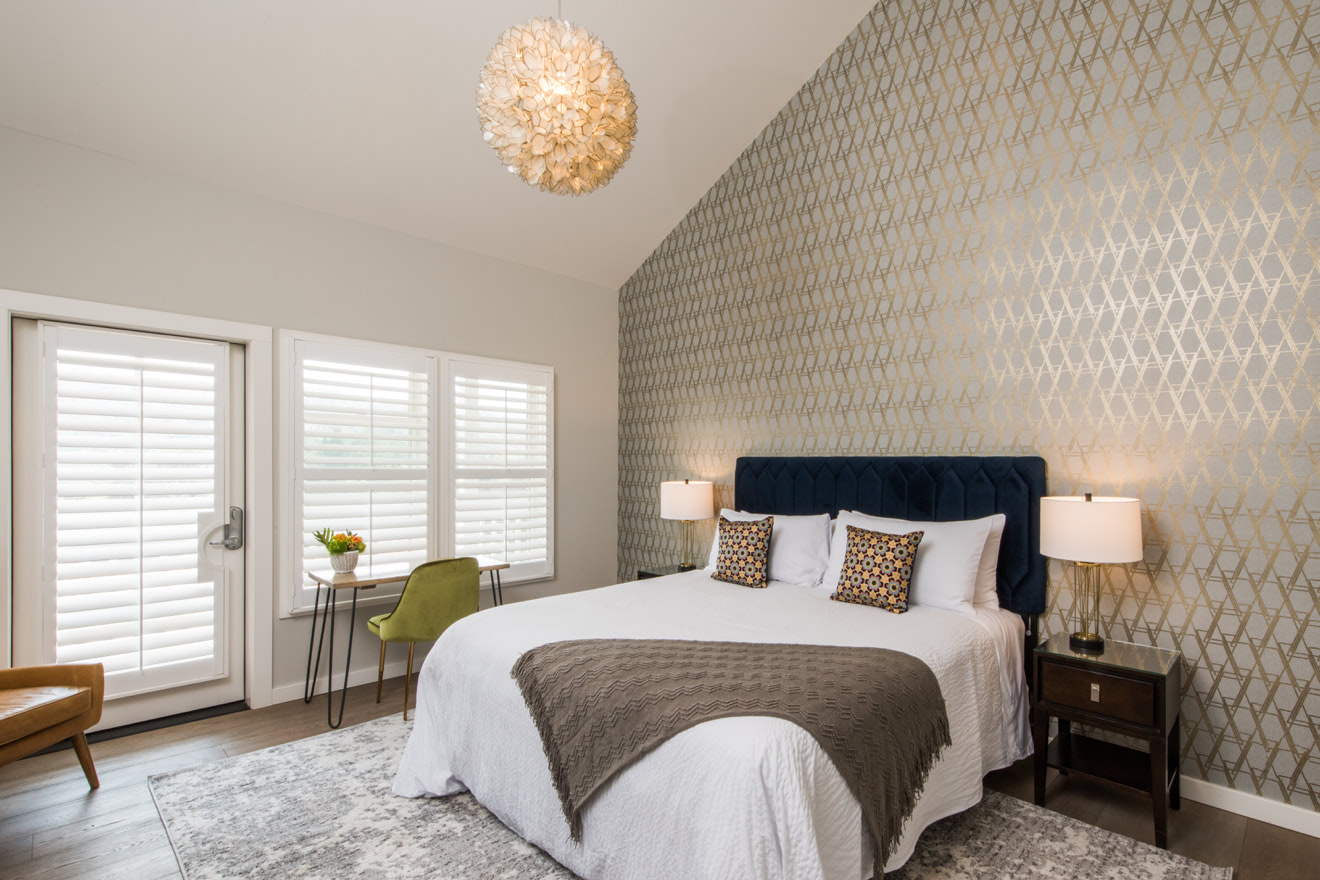 When the Patels purchased the dilapidated property in 2011, they completely gutted it and did the renovations themselves. This time, they brought in a Sonoma-based design team to give the hotel’s 13 guest rooms a major refresh, switching from a warm, red color scheme to a cooler and more sophisticated look with blue and grey tones. The rooms are simple and clean, featuring all-new furniture and pops of personality via colorful art pieces, geometric wallpaper, funky, mid-century modern light fixtures, air plants, brass elements, and plush green chairs.

The bathrooms have heated floors, all rooms have an outside porch seating area, and many of them come with in-room fireplaces. Olea Hotel guests will also have access to complimentary Wi-Fi and will find a unique casting technology in their room, which enables them to stream anything from their device — Netflix, Hulu, etc. — right to the flat-screen TV.

A Pool, At Last 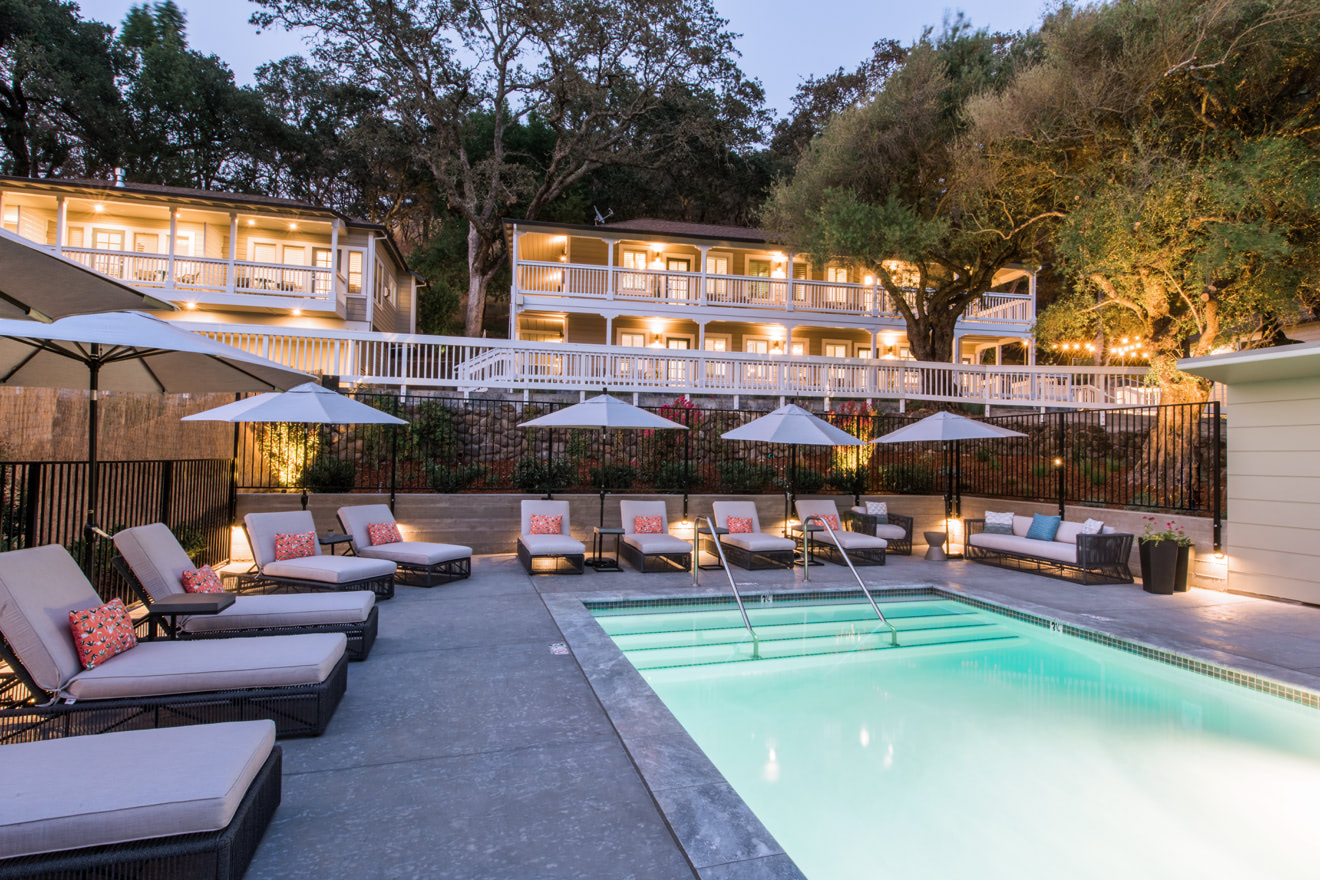 The Patels always dreamed of adding a pool to their Wine Country retreat, but didn’t think it would happen anytime soon — the small Jacuzzi would have to do. “Putting a pool in would cause such disruption to the property,” said Patel. “There would be a ton of digging and dirt, and it was just not feasible.”

Then the fires happened and the couple found their silver lining: they could finally get their dream pool while the hotel was closed. Though they sifted through roughly 80 contractors before moving forward, they now have the gorgeous, heated pool they always wanted, with a hot tub, chaise lounges, and umbrellas. “The way the fire burned, it cleared out that area, so it was a sign,” Patel said. 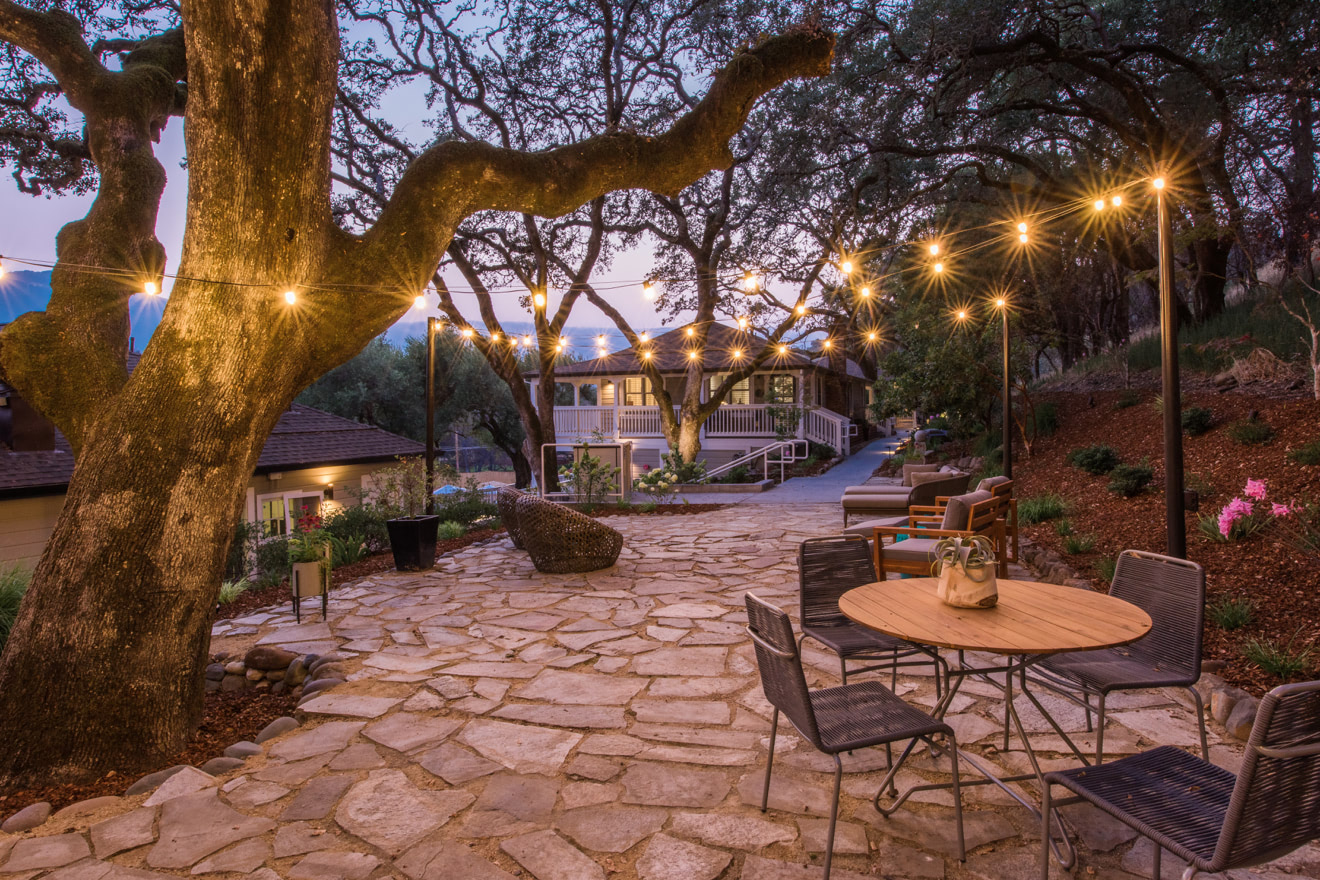 The most significant damage to the property from the fire was the total loss of two cottages — the Olea Hotel’s most spacious, private, and high-end offerings. Both have since been rebuilt, doubling their previous size (now 600 sq. ft.), and bookings are open for stays beginning in mid-July.

These one-bedroom suites have been redesigned with the hotel’s new color scheme, have a king-sized bed, an indoor/outdoor fireplace, a wet bar, a soaking tub/shower combo, and easy access to the pool and hot tub. They were also built with cement floor panels, metal roofing, and exterior sprinklers to better protect them in the case of future fires.

The Best Breakfast in Town 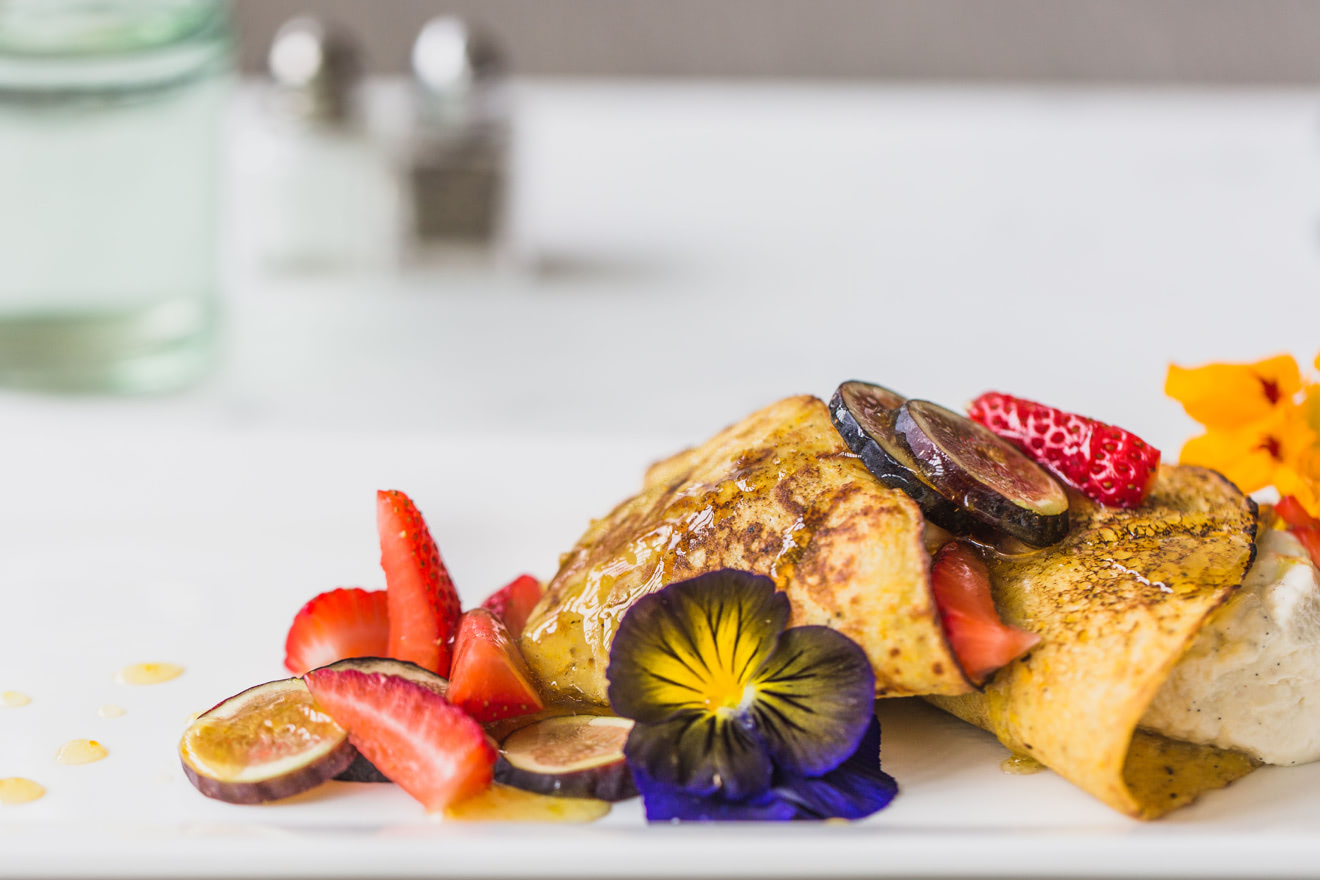 Not to be left out, the lobby got a swanky facelift too, featuring a chic welcome bar that serves up complimentary wine, water, and fruit. This is where guests can make use of concierge services and in the back, a dining room is host to The Olea Hotel’s famous two-course daily breakfast (included with each booking), whipped up by the resident chef, a graduate of the Culinary Institute of America. The menu changes daily but has featured inventive plates like carrot and coconut waffles with kiwi lime syrup and candied macadamia nuts. Guests can also book a massage, which takes place in a private spa space in the lobby area. 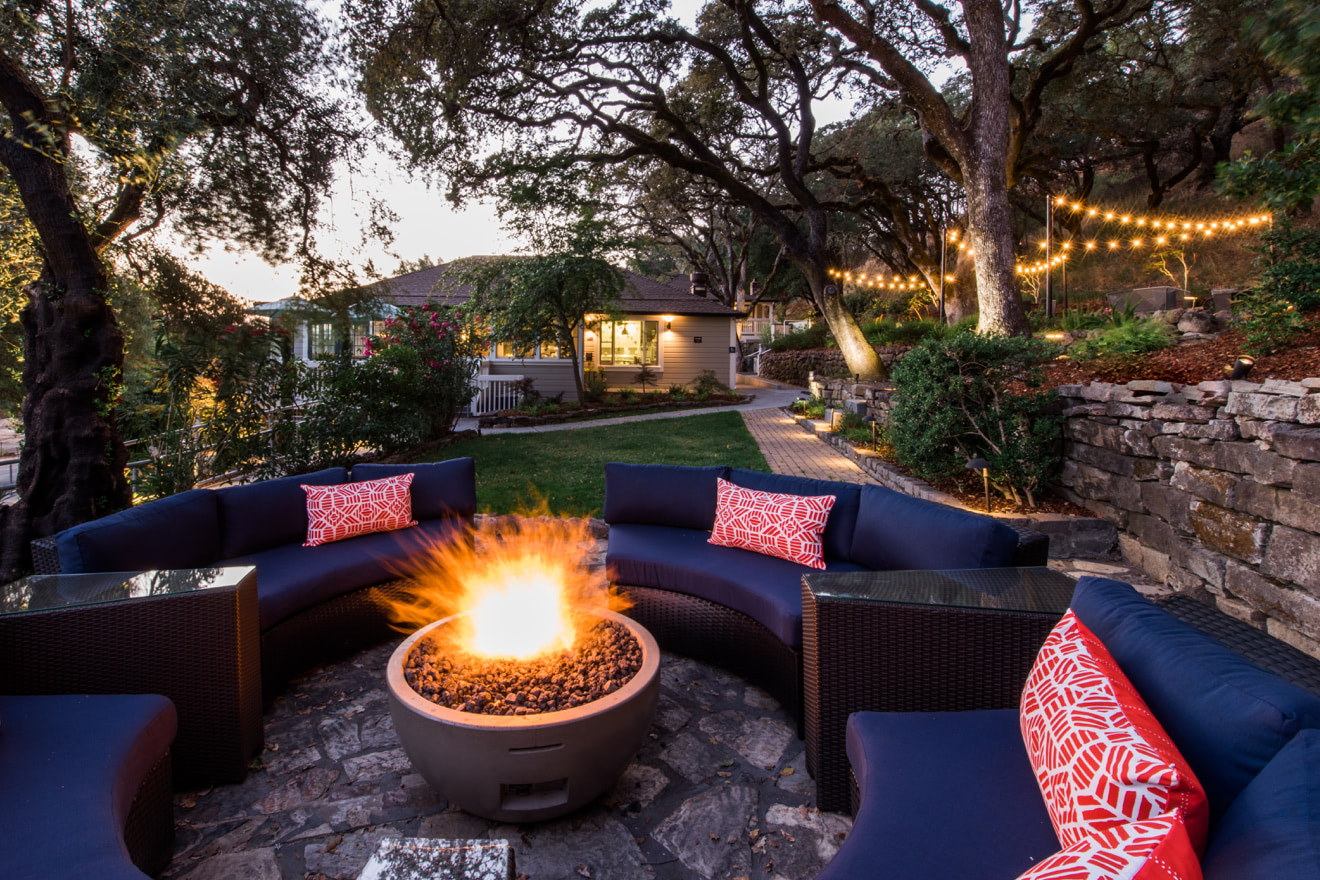 The Olea Hotel has always been celebrated for its beautiful landscaping and 200-year-old olive trees, which makes it feel far away from civilization, despite being walking distance from the center of Glen Ellen. While fires destroyed some of the surrounding area, it’s hard to tell as the hotel has bounced back nicely. They’ve even planted 10 new olive trees and have added new lounge areas and a fire pit for achieving ultimate relaxation in the uber-serene Wine Country setting.

One thing’s for sure, the new and improved Olea Hotel is more inviting than ever before and makes for a lovely escape in Wine Country. And now there’s even more reason to visit — when you book using Promo Code ‘WINECOUNTRY,’ you’ll get access to exclusive perks including a welcome glass of sparkling wine, two complimentary wine tasting passes, and $25 off any spa treatment. We say that’s well worth a visit to Glen Ellen.

Jess Lander is a freelance wine, food and travel writer based in Napa Valley and exploring all things California wine country. Follow her on Instagram at @willwrite4wine to get Napa and Sonoma #travelinspo.