Broadway Under the Stars Brings Virtual Fun to You This Summer

Broadway Under the Stars, Courtesy of Rebecca Call

Sonoma County overflows with award-winning wine, exceptional farm-to-table restaurants, and a wide range of outdoor activities, but tucked among the vines is a Broadway-worthy experience not to miss from Transcendence Theatre Company.

Every summer, the Jack London State Historic Park in Glen Ellen transforms from a quiet park with beautiful hikes to a majestic, bustling outdoor theater hosting Broadway Under the Stars. This open-air theater experience is unlike any other, but you don’t have to be in Sonoma County (let alone leave your living room) to take in the magic of Broadway this year. You read that right — for the first time ever, Transcendence Theatre Company is bringing the best of Broadway straight to you with its 2020 Virtual Season: The Best Night Ever Online. Here’s all you need to know to bring Broadway home this summer. 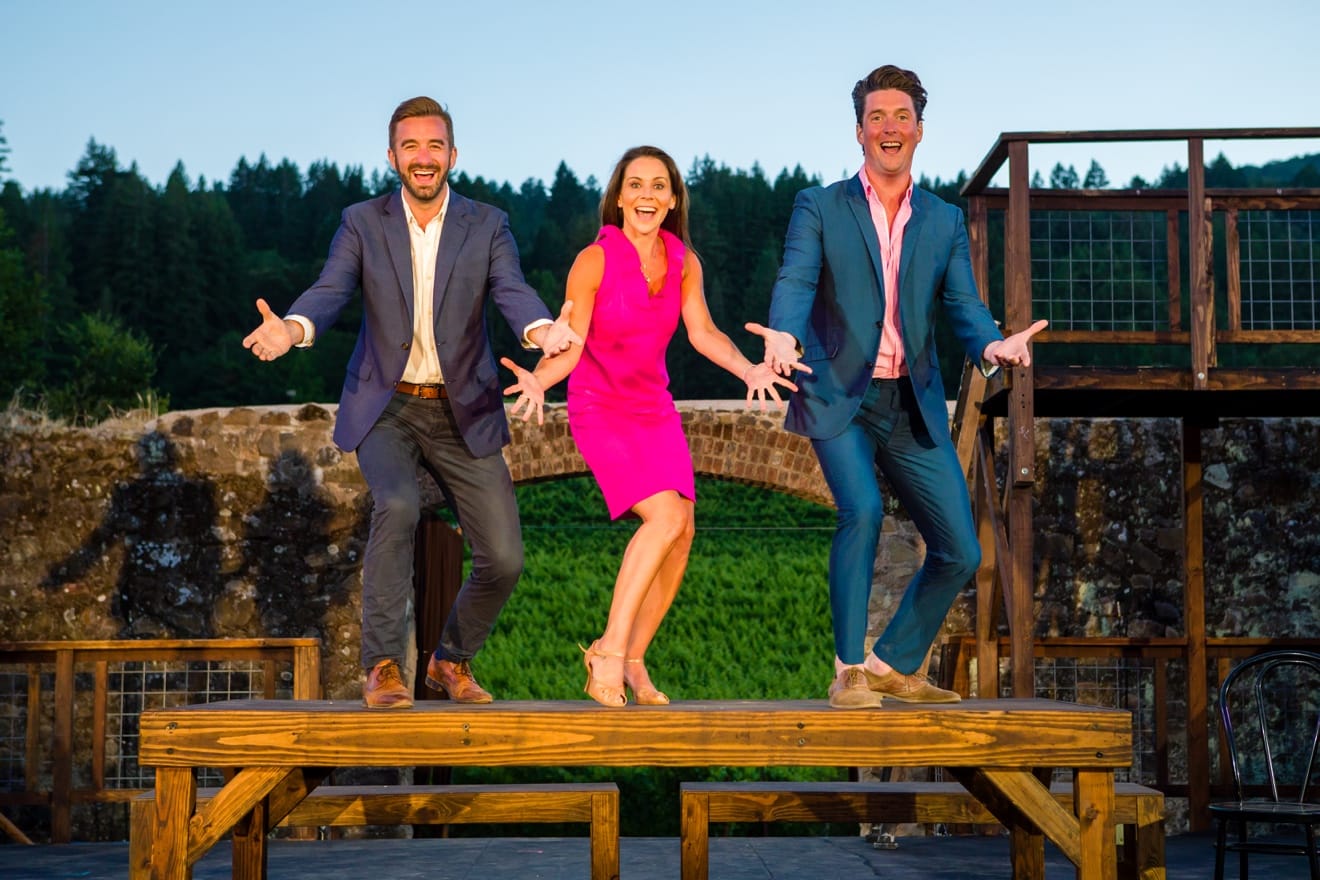 Transcendence Theatre Company started in 2011 when six artists traveled the U.S. in an RV looking for the ideal spot to start a theater company. They discovered Jack London State Historic Park but amidst nation-wide state park closures, the site was at risk. Therefore the group banded together for a benefit concert to support the Jack London Park Partners — the organization that took over management of the park. The success of this concert was evident and in 2012 the company celebrated its first full season in the park.

Putting on a great show is only part of the agenda. For the last eight years, Transcendence Theatre Company has donated a percentage of each ticket sold to local organizations, including the Jack London Park Partners and the State Parks Organization. In total, Transcendence has given back over two million dollars to the local North Bay community through revenue, programs, and services. Each season, the group supports the community by offering scholarships to local youth to participate in their Kid’s Camps, by visiting local family shelters to run workshops and offer performances, as well as working closely with the Boys and Girls Club to bring Broadway productions to underserved populations. 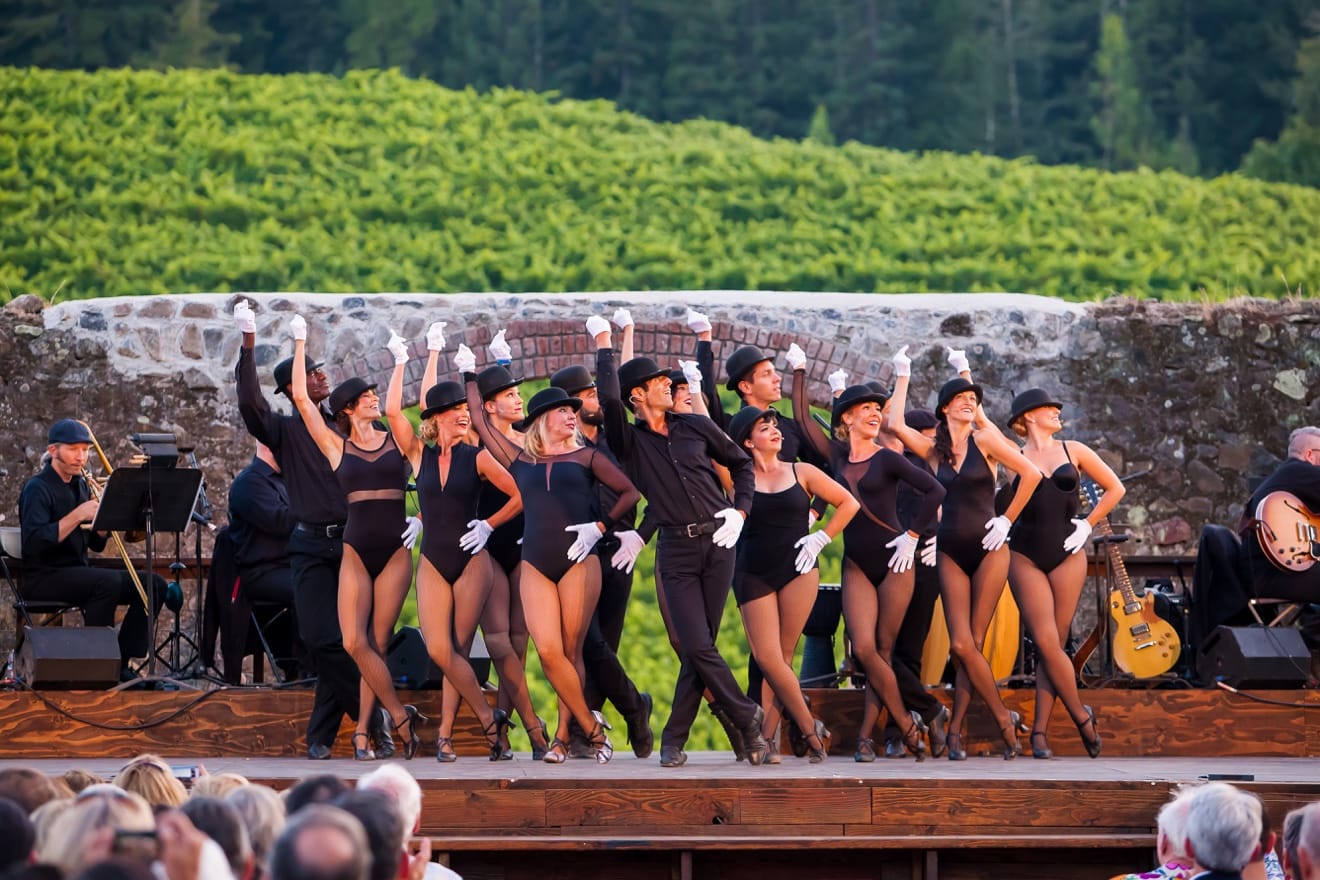 The Show Must Go On

Given the unpredictability of gathering large crowds right now, Transcendence Theatre Company made the decision to move to an all-virtual Broadway season. However, just because in-person attendance isn’t permitted this year doesn’t mean one should not expect the same great quality of performers and shows as seasons past. The 2020 Virtual Season: The Best Night Ever Online is sure to delight and entertain with its fantastic line-up of upcoming shows.

The 2020 Virtual Season kicks off with Don’t Stop Believin’ — a powerful musical evening featuring a dynamic range of songs from award-winning musicals over the years — on July 10 – 12 and July 17 – 19; followed by Fantastical Family Night — a family-friendly showcase featuring the Kids Camp attendees performing Disney, The Sound of Music, and The Wizard of Oz classics — scheduled for July 24 – July 26; I Hope You Dance — a spectacular evening of dance numbers from some of Broadway’s greatest musicals — running from August 14 – 16 and August 21 – 23; and, to close out the summer, the Gala Celebration — their largest fundraising event of the season exploring the evolution of Broadway musicals — running September 11 – September 13. Each show is unique, weaving music and stories together to create an experience like none other.

In lieu of tickets, attendees are asked to register in advance. Registration is free, although donations are greatly appreciated to support the Theatre’s phenomenal entertainment, workshops, and community efforts.

Since this is Wine Country after all, each performance will be accompanied by a pre-show Broadway & Vine virtual wine chat to bring a little bit of Sonoma Wine Country home. Each Broadway & Vine virtual experience is co-hosted by Broadway artists Meggie Cansler Ness and Tony Gonzalez, who will be joined by another Broadway artist and a winery representative. They will showcase a wine from the featured winery and lead a virtual discussion about wine and Broadway. Viewers will receive an exclusive promo code to purchase wine from the designated winery.

Each show day will highlight a different winery. Here are a few WineCountry Media favorites: 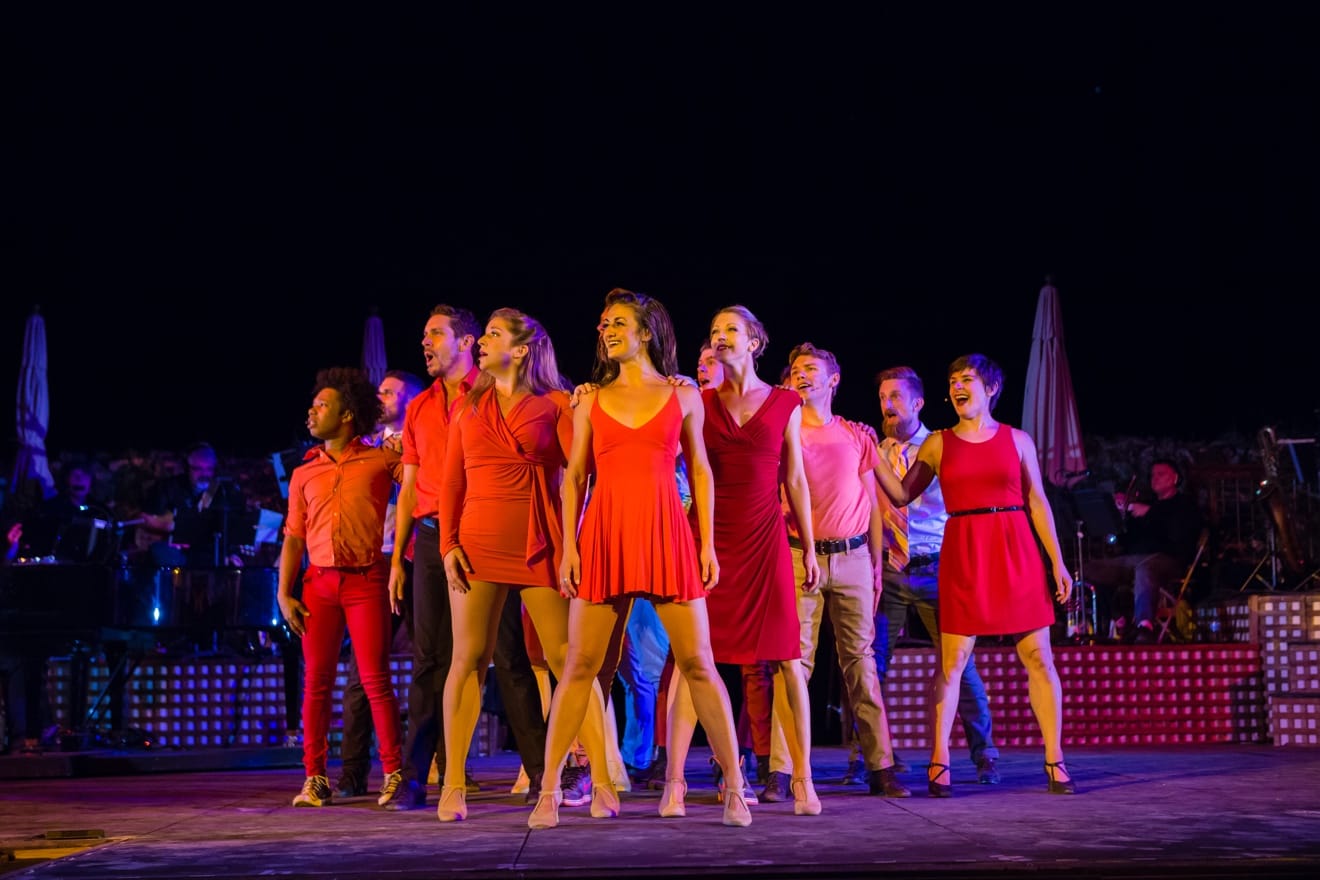 Who knows, after your night of wine and music you may be inspired to head to Sonoma County for a day of Wine Country fun! Even if you don’t venture out, rest assured that your evening show with Transcendence Theatre Company will transport you from your living room to the thrill of Broadway with its award-winning cast and show-stopping performance. Registration is free for each show, though Transcendence Theatre Company is extremely grateful for any donation big or small. Now, more than ever, is the time to support the arts by considering a donation to keep them going.

Laura Bunting is a Sonoma County native who enjoys exploring and sharing all things wine country. When not writing about exciting wine country adventures, she loves hiking with her dog in the local regional parks, baking delectable treats, and escaping to the coast.